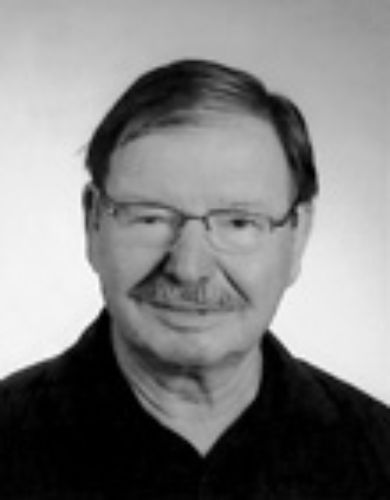 The first Swiss software was developed by the Institute for Applied Mathematics at the ETH in Zurich. The department was founded in 1948 at the initiative of its newly appointed professor of mathematics, Eduard Stiefel.

Eduard Stiefel was a brilliant scientist who not only achieved important creative breakthroughs in his field, but also combined pragmatic acumen with organizational talent. He recognized the potential of what were then called automatic calculation systems—today’s computers— with visionary foresight.
The first creative spark

In 1949, Stiefel managed to track down the brilliant German inventor Konrad Zuse in the Allgäu region of southern Germany. Zuse brought out his Z4 computer which he had hidden in a barn to protect it from the vagaries of war. Even though the machine was not state of the art, Stiefel decided to rent it for a period of five years and take it to his ETH institute.

The Z4 still operated with electromechanical relays as switching elements, whereas the then leading Anglo-American scientists
used electronic components, in particular, vacuum tubes. These were several times faster than relays, which was why electronic computers delivered significantly higher performance. But despite its slightly outdated technology, Zuse’s Z4 worked according to similar concepts as its electronic successors in the USA. In addition, the Z4 could be operated using the very first higher programming language developed by Zuse, called Plan Kalkül. Thus the Institute of Applied Mathematics founded by Eduard Stiefel in 1948 at the ETH became the first in Europe to work hands on with a computer.

This pioneer achievement soon bore fruit, both in science and engineering. The library of the ETH holds a list of the fifty-five industrial and scientific projects implemented at Stiefel’s institute during Z4’s five-year lifespan.

The foundation for all this was laid in 1949 when Stiefel sent two of his assistants, the young electrical engineer Ambros Speiser and the mathematician Heinz Rutishauser, to the USA for a year. This was only four years after John W. Mauchly and John Presper Eckert had built and taken into operation the ENIAC (Electronic Numerical Integrator And Computer) in Aberdeen in the US state of Maryland. The ENIAC is regarded as the world’s first electronic computing system. Thanks to personal relationships, Stiefel was able to bring his two young scientists into direct contact with leading American computer pioneers, including Mauchly and Eckert. As a result, Stiefel’s Institute for Applied Mathematics became a reservoir of theoretical knowledge and practical application experience, which was unique in Europe at the time—long before “Informatik”, the German equivalent of the Anglo-Saxon computer science, became an established discipline. Stiefel used this intellectual capital for a goal he had already had in mind when founding his institute: the construction of an ETH computer. Called ERMETH (Electronic Computing Machine of the ETH), it was completed in 1957 after three years of development and construction. The remaining components of this first Swiss-made computer are now held on permanent loan by the Museum of Communication in Berne.

A further, little-known historical fact is that the compiler was invented in Switzerland. In 1951, Heinz Rutishauser, who unfortunately died early at the age of fifty-two in 1970, was the first to describe such translation programs in his habilitation thesis “Automatic Construction of Computation Plans”. In this groundbreaking publication, he described the key program for translating programs from languages comprehensible to humans, such as Plankalkül and later Fortran and Basic, into binary codes consisting of the two digits 0 and 1. In addition, Rutishauser developed a whole range of new computing processes for solving mathematical problems, of which the quotient-difference algorithm was to become most widely known. He also participated in a leading capacity in the international cooperation project for the development of the programming language Algol—a name based on the term “algorithmic language”. Switzerland’s first programming courses, including practical exercises with the ERMETH computer, were offered at the ETH at the time.
In 1968, Heinz Rutishauser, who had by then been appointed professor at the ETH, became a member of the ETH expert group for computer science. Apart from Rutishauser, the team included Peter Läuchli as successor to Ambros Speiser who had been appointed as the first director of the IBM research laboratory in Rüschlikon, and Niklaus Wirth who had returned from the USA to accept a dual professorship at the University of Zurich and ETH.

Following these events, in 1984, Niklaus Wirth was awarded the A.M Turing Award by the Association for Computer Machinery (ACM). The award is regarded as the Nobel Prize in computer science.

Wirth’s significance is evidenced by the huge print-runs of his textbooks. His work “Algorithms and Data Structures” was published in 1975, followed by “Systematic Programming” three years later. Both became international bestsellers. By that time Wirth had already designed Modula-2 and the Oberon System, two programming languages that succeeded Pascal.

Modula-2 was created in a research project devoted to the construction of a workstation. During a study leave at the legendary Xerox Park research laboratory in Palo Alto, California, Wirth encountered the first computer of this kind. He was so impressed that he decided to construct the workstation computer Lilith at the ETH institute for Computer Systems with a high-resolution monitor, mouse,and local network connector. Since Pascal, having been designed as a teaching medium, was not really suited for system programming, Wirth augmented it into Modula-2 with which he programmed the Lilith operating system Medos. Both Lilith prototypes were completed in 1980 and described in the leading US specialist magazine Byte almost lyrically as “every programmer’s dream”.

However, the plan to launch Lilith on the international market failed — mainly due to business management reasons. At least one of the companies involved in the construction of the prototypes produced several hundred Lilith workstations, delivering some of them to the ETH where they served for years as popular computers for students.

As a follow-up project Wirth developed the workstation Ceres in 1986. The Ceres operated almost noiselessly since it had neither a hard disc nor a ventilator. Three Ceres generations, a total of 180 computers, were produced by the ETH Institute for Computer Systems until 1989. Based on the extremely compact operating system Oberon, they were used as low-cost workstations in student labs. Wirth had started the Oberon project during another study leave at Xerox Park and then implemented it together with Jürg Gutknecht, who later also became a professor at the ETH. The defining Wirth era at the ETH ended in 1999 when Switzerland’s most renowned computer scientist retired.

In 1992, the Englishman Tim Berners Lee and his French colleague Robert Calliau presented the World Wide Web, which originally had been designed to provide a more effective communication system for the scientists working at CERN, the nuclear research lab near Geneva. Based on these seeds planted in Switzerland, the Internet which emerged in the USA in the 1990s became a global communication medium without equal. A process that is far from finished, even today.