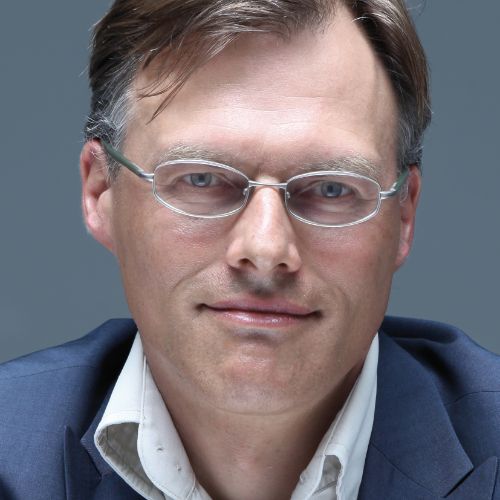 What are the strengths of Swiss-made software? Apart from Switzerland’s desirable location and known Swiss virtues like reliability, high quality standards and diligence, Swiss-made software has, last but not least, simply grown with the requirements of its corporate clients.

Despite the success of Logitech, the question remains why there is no Swiss SAP, Oracle or Microsoft. Also, what can be done the heighten to possibilities that the next Google, Facebook or Twitter comes from Switzerland? These are questions that those who promote business and innovation have to ask if they want to push the Swiss ICT start-up cluster onto the runway. The Swiss software industry is well placed to take off, but it is unlikely to reach the stratosphere of Silicon Valley for a simple reason: history doesn’t tend to repeat itself, and that holds true especially for the history of Silicon Valley.

Here it was a special historic mix that gave rise to that compact ecosystem south of San Francisco: An area of 4000 square kilometers and 2.3 million inhabitants, where 7000 companies now employ 500,000 people and generate total sales of 200 billion dollars. For comparison: the Swiss ICT sector currently employs a workforce of approximately 176,000 and turns over 28.1 billion francs.

Silicon Valley needed three generations to arrive where it is today. The starting shot was fired in 1957: the McCarthy-era USA found itself in the midst of the Cold War, and the Soviet Union successfully launched a satellite into orbit. That event punctured the USA’s self-confidence and led to a huge wave of research and investment, nourished by the military-industrial complex which still forms the backbone of US global leadership.

Many of the research facilities involved were located in the two Californian elite universities Stanford and Berkeley. From here, some of the IT and telecommunications discoveries induced by the defense industry were subsequently transferred to civil use. The internet is a prominent example.

The student movement of 1968 was another catalyzer. As the epicenter of a tolerant culture, the Bay Area soon attracted hordes of creative free spirits. Some of the most fascinating and successful IT entrepreneurs were members of this baby-boomer generation. But things really began to take off in the late 1970s, when this West Coast way of life joined up with Wall Street. The deregulation and expansion of the financial sector triggered a boom of enormous proportions in the software industry which found its first peak in the dotcom hype at the start of the new millennium.

Despite the sobering effects of this first crash and the following financial woes of 2008 the Californian spirit of innovation has remained unchanged. In 2012, Silicon Valley still attracted the lion’s share of the approximately 43 billion dollars in venture capital that flowed into US technology start-ups in the context of 455 financing deals. For comparison, according to official figures from the Swiss Commission for Technology and Innovation (CTI Invest) only 390 million CHF were invested in start-ups in Switzerland, and 80 percent of that money went to life science companies.

That Silicon Valley remains extremely attractive for investors is not really surprising. The prospect of high investment returns remains intact. Although spectacular IPOs have become rarer in the USA too, the takeover appetite remains strong in established ICT corporations. And they do have rather deep pockets. A large share of the estimated two trillion dollars in cash currently held by US companies sits in the war chests of the ICT multinationals. Capital that is largely used to buy up innovations on the start-up market.

At least the Swiss software industry can take pride in having served Silicon Valley as a supplier. Day Software went to Adobe, Google acquired Endoxon, Media Streams was bought up by Microsoft, and Wuala by Lacie. These are unquestionably big successes which positioned Swiss-made software on the global ICT map. It is no wonder that Swiss politicians have now identified the local ICT sector as a growth driver. But given the figures mentioned above, trying to position itself as a Silicon Valley imitation would not only be wrong, but highly ridiculous. In contrast to late 1950s USA, Switzerland lacks every trace of a Sputnik shock.

But there are other possibilities. Government should not just act as an ICT promoter, but also an as ICT client. After all, some 30 percent of the Swiss ICT market volume derives from public expenditures. But unfortunately — and Switzerland is not alone in that regard — those funds are rarely used to drive innovations. Especially in typically state-fund- ed fields like government, education or health care, information and communication technologies will play an eminently important role in the future.

Ideally public authorities should take more of an acitve role in driving innovation. While ICT initiatives, innovation parks and incubators are mushrooming, government authorities at the local, cantonal and national level often present themselves as hesitant customers of Swiss-made software. According to Thomas Flatt, president of the biggest ICT trade association ICT Switzerland, this is for a reason: “In the 80s and 90s, when IT was introduced in the public administration, there were simply no Swiss providers of the required critical size. This has changed, and a reorientation will have to take place.”

Switzerland now has an impressive range of IT service providers. This was confirmed in a 2008 study by the Swiss Statistics Authority: Almost half the approximately 176.000 employees in the Swiss ICT industry work in IT service companies. These are usually SMEs providing consulting and development services. They represent 70 percent of Switzerland‘s 11,000 ICT companies. Between 2005 and 2008 alone, the workforce in this segment increased by 17 percent. And, despite the financial crisis, that growth is unlikely to have abated since.

Today, Swiss IT service providers also find the customers which support that growth abroad. Swiss ICT Exports are currently estimated at about three billion CHF. Although the sector’s exports rose continuously in recent years, the Swiss software industry still depends primarily on domestic demand supported by the strong investments in software development and services which Swiss companies have continued to make in the new millennium.

Swiss-made software is therefore driven above all by successful Swiss corporations which generally display high ICT affinity and investments. But that relationship is reciprocal: Swiss companies are not just good clients for the country’s ICT sector—Swiss-made software is also an important backbone of the Swiss economy. Swiss companies find it very important to use ICT to keep improving their efficiency and optimizing their processes. After all, this is indispensable if a high-salary country like Switzerland is to retain its global competitive edge.

All this points very clearly to the specific DNA of Swiss-made software. Companies like Avaloq, Elca and E2E ultimately emerged as spin-offs of established corporations. Others developed their solutions largely in the project business and turned them into products in close partnership with their customers over many years. In other words: Most of the solutions provided by Swiss software companies evolved organically.

This is the opposite of the capital-driven incubation of innovative start-ups in Silicon Valley, which can be compared with in-vitro fertilization. The high failure rate is part of the calculation, not only on the investor side, but also in the mind of the entrepreneur: If the first venture doesn’t work, then the second, third or fourth will. By contrast, if a company is oriented to the long term and organic growth, the alternative is all or nothing. And if an enterprise bent on success has only one shot, its behavior will automatically be more conservative. Companies of this kind tend to be less open to costly experimentation involving outside investors.

Entrepreneurship of the kind bred in Silicon Valley therefore has very little in common with Swiss ICT entrepreneurship. The cultural differences are striking: In the USA, the tough selection mechanisms force start-ups to bring technology, if not to market, at least to interested investors at a very early stage. In the Valley, software engineers learn from the start to wrap up their visions in a convincing business model. Those who don’t have no chance of making it to the test tube.

Swiss engineering entrepreneurs, on the other hand, traditionally regard themselves as elite craftsmen who apply a toolset of capabilities and knowledge to solve a complex problem. To do so, they need neither to develop visions nor to incite hope. Quality is the Swiss ICT engineer’s article of faith. Honorable as that is, it also leads to the widespread Swiss prejudice that good technology should sell automatically. Or, to put it negatively, that marketing is per se evil. In reality, things are the other way around: the more brilliant an idea is, the greater is the need for explanation and communication.

Doing exactly the same thing simply faster and more efficiently is innovative, but it doesn’t necessarily lead to the kind of growth curves start-up investors expect. To achieve those, the disruptive use of technologies is needed. Managing this disruptive moment and using it to realize the greatest possible value added has been and remains the privilege of Silicon Valley. It is this core competency that—unlike a codecrack—cannot just be flown in. But the latter type of input will remain decisive for the continued qualitative growth of Swiss-made software. It will need to search more intensively to extend its global positioning as a breeding ground for the development of world-class software.